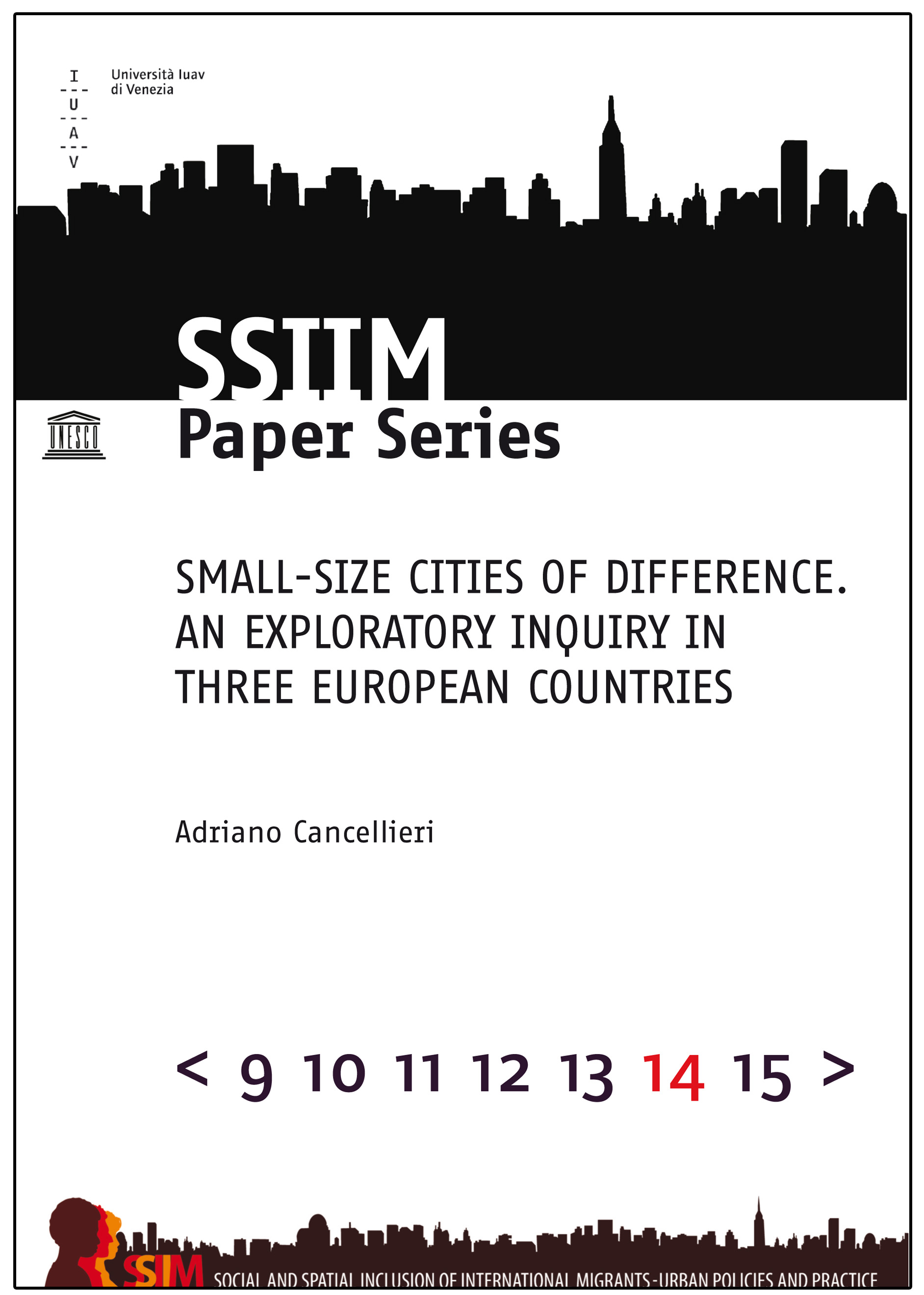 This paper is set against the background of the increasing cultural and ethnic pluralisation of European society. Research on the urban impact of international migration has traditionally focused on large cities and metropolitan areas. Nevertheless, while the connection between migration and global cities is relevant, since the 1990s, a growing number of migrants have settled in smaller cities and rural areas in several European and other Western countries. These small-size territories with large percentages of migrants face challenges that have remained largely hidden and neglected by research and policy. Minority ethnic people in small-size cities are invisible, and their needs and experiences are considered irrelevant subjects of enquiry.
Drawing from an exploratory inquiry in three different European small-size cities (Urbania in Italy, King’s Lynn in England and Vence in France), the paper is part of a recent slight reversal of such a trend, by suggesting to integrate the literature on migration with the literature on small-size cities. It explicitly analyses how the ‘smallness’ of urban contexts affects the social and spatial inclusion of migrants in terms of migrants’ settlement and local production of policies.
The paper analyses the common elements small-size cities face as a consequence of migration and points to further research directions as well as ways to convert some risks accruing from the presence of migrants into social and political opportunities.