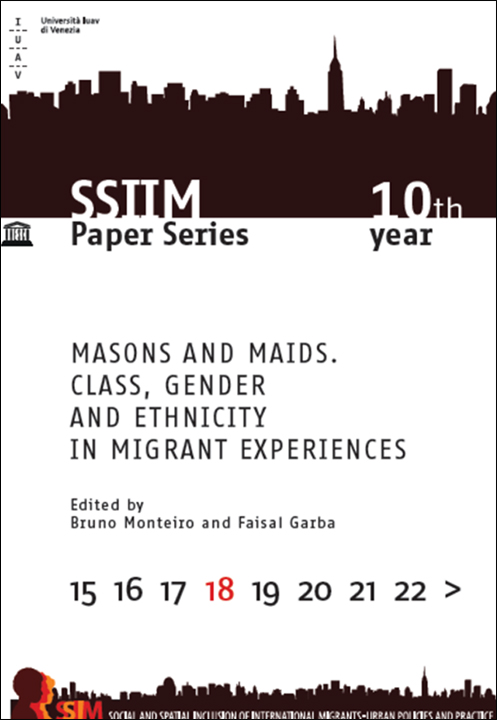 To celebrate the 10 years of activities, SSIIM Unesco Chair  is pleased to release the first SPECIAL ISSUE of SSIIM Paper Series

“MASONS AND MAIDS. CLASS, GENDER AND ETHNICITY IN MIGRANT EXPERIENCES”

The papers presented in the volume are the result of in-depth research work carried out by young researchers from different countries on migrants working in the construction and caretaking sectors. The significance of the topics addressed in the different chapters with regards the role migrants play in the city lead SSIIM Unesco Chair to publish this Special Issue, inaugurating one more tool for disseminating the results of research on the migration-city nexus. Many thanks to the two editors, , who proposed and curated this interesting pubblication!