Architect (Iuav, 2001); Master degree in “urban Planning in Developing Countries” (Iuav 2002), , PhD in “urban planning and public policies” (Iuav, 2012). From 2004 to 2020 Giovanna had different temporary contrants as (post-doc) researcher at the Iuav University of Venice, where from 2008 she collaborated in the coordination and research activities of the SSIIM UNESCO Chair, until taking over as Director in 2021. Since February 2020 she is Assistant professor (Icar 21) at Iuav, where she teaches ‘Urban Design’ (within the City and Territory Studio, Bachelor in Architecture, 2nd year) and ‘Design for the Inclusive City’ (Design for Urban Innovation Studio, Master in Urban and Territorial Planning, 2nd year). At Iuav, she is also part of the teaching board of the 2nd level Master’s degree U-Rise in Urban Regeneration and Social Innovation‘ within which she coordinates the module “City and Diversity. Doing urban regeneration in multicultural contexts’. The main research topics on which she works are: cities and diversity, urban inclusion of international immigrants in metropolitan cities and small municipalities, access to housing and services, public spaces, migration in the cities of the Global South. On these topics she has coordinated and/or collaborated in the drafting and implementation of local, national and international action-research projects conducted by the SSIIM Unesco Chair. She was a visiting researcher at: IDAES/Universidad de San Martin, Buenos Aires (2015); Instituto Mora, Mexico City (2014); El Colegio de la Frontera Norte, Tijuana (2008) and the Migration Research Programme of Koç University (MiReKoç), Istanbul (2009). She is a referee for national and international scientific journals. She is the author of numerous scientific articles and book chapters on the urban dimension of international migration, the most recent:  “Immigrazione e welfare locale nelle città metropolitane. Bari – Milano – Napoli – Torino – Venezia”, FrancoAngeli, 2022 (ed, with A. Cancellieri).

Laura Fregolent is full professor of Urban Planning at the University IUAV of Venice.
Her research interests mainly relate to the field of urban studies. Over the years she has specifically dealt with topics such as processes of urban transformation, urban sprawl and related social dynamics, conflicts connected to projects and spatial transformations, urban changes particularly related to housing dynamics.
With reference to these themes, she has gained analytical experience and extensively studied the ways through which more effective intervention policies might be designed, assuming a general framework of sustainable development.
She is co-editor of the journal Archivio di studi urbani e regionali published by FrancoAngeli. 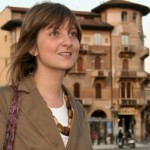 PhD in Urban and Regional Planning at IUAV of Venice, she is now a research fellow for the Project of National Interest PRIN ‘Small-size cities and social cohesion: policies and practices for the social and spatial inclusion of international migrants’. In the past years her research was mainly directed at policy inquiry and analysis, being involved in the EFI-UE funded project “Mediare.com” with the Municipality of Venice and Padua. She is a research fellow at the Open University (UK) and she was a visiting research at The Witwatersrand University in Johannesburg and at The Mines Paris Tech in Paris. For the last two years she has been collaborating with different disciplines and expertise thanks to the participation to different national and international network and being the founder of a private company (social enterprise) working in the field of urban regeneration and social innovation in Italy.

Urban sociologist at the University Iuav of Venice, where he works on migration studies and social innovation, using the relationship between space/environment and social action as analytical lenses. In particular, he focuses on: a) the spatial aspects of the immigration phenomenon (residential segregation, home-making processes, intercultural spaces); b) spaces of ‘regeneration’ and socio-cultural inclusion; c) the relationship between welfare, space and territory, with a focus on the education and health systems and, in particular, on relationship- and people-centred innovation practices. Founder and coordinator of the U-Rise Master U-Rise in Rigenerazione Urbana e Innovazione Sociale of University Iuav of Venice, he is currently researcher, member of the Scientific Board and of the Coordination Team of the Erasmus+ Project  “EUREKA-European Urban Regenerators Knowledge Alliance” (2021-2023). He is also a founding member of the Italian transdisciplinary urban studies network and journal  “Tracce Urbane”.

We continue to collaborate with…

Retired Professor of Urban Planning at Università Iuav di Venezia and head of post-graduate courses on urban management in the Global South and on urban regeneration. Founding member and Coordinator (2004-2006) of the “Network-Association of European Researchers on Urbanization in the South” (N-Aerus). He has been consulting for various urban management projects in Africa, Latin America and Asia. Scientific coordinator for various national and international research projects on the impact international migrations have on urban development. He is the author of several scientific articles.

Michela Semprebon holds a PhD in Urban Sociology from the University of Milan-Bicocca and completed her thesis on a comparative analysis of urban conflicts and immigrants’ political participation.In this department, she collaboratedon urban safety projects, with the FarsiCura team; conducted seminars within the module “Intercultural Relations”; worked as Post-doc Research Fellow on social housing projects, as part of the international network COST IS1102 S.O.S. COHESION, and on the national project “Small municipalities and social cohesion: urban policies and practices for the socio-spatial inclusion of migrants”.In 2016 she collaborated on the national project “Intergenerational relations and obligations between the first & second generations of migrants” at the University of Bologna, where she has been teachingContent Analysis, Media &Immigration in the undergraduate course “Public and BusinessCommunication”. She was Visiting Researcherat theHaute Ecole des Sciences Sociales(Paris) and at the Centre for Migration, Policy & Society (Oxford). She has lectured in various universities, participated to numerous conferences and acted as referee for national/international journals. Her research interests include: system of reception and transit of forced migrants, migrants’ political engagement and policies of inclusion.

Architect (2003, Iuav) and Ph.D. in “Urban Planning and Public Policies” (2008, Iuav). Since 2002 he studies the international migration phenomena with particular interest to inclusive practices and policies at the social and spatial level. Since 2009 he has collaborated with the SSIIM Unesco Chair, first from inside and then from Mexico where he moved in 2012. During his post-doc at SSIIM Unesco Chair, he collaborated to the following projects: MIUrb/AL, Altrimenti nella città, SharingSpace. He carried out research and teaching activities at El Colegio de México (2012 – 2013) and the Facultad Latinoamericana de Ciencias Sociales (FLACSO) Mexico (2015). Since 2016 he is Researcher of the Consejo Nacional de Ciencias y Tecnología (Conacyt – Mexico) in command at the Instituto Tecnológico Superior de Cajeme (ITESCA – Sonora, Mexico), in the Centro de Estudios del Hábitat y el Desarrollo Urbano Sustentable (CEHDUS).

Among his latest publications